Pooler, GA is a city in the state of Georgia, located in Chatham County. Pooler is about 10 miles west of Savannah, GA. Pooler was named after railroad employee Robert William Pooler, and was the one of the fastest growing cities in Georgia in 2020.

The 2020 population of Pooler was 25,711. Pooler is a diverse place to live, with a demographic breakdown of 59.2% White, 26.5% Black and 6.7% Hispanic Married couples account for 54.4% of households in Pooler, and 71% of homes in Pooler house families. Wondering if Pooler is a safe place to live? Total crime in Pooler is 26% lower than the national average.

In Pooler, approximately 28.9% of people rent their homes. The average rent cost in Pooler is $1354 a month, which is near the national average of $1302.

Things to Do in Pooler, GA

There are plenty of options for outside activities in Pooler. Here are some of Pooler’s residents’ favorite places to go: 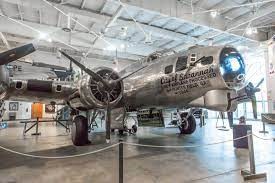 With exhibits, tours, a pub and even a chapel, the National Museum of the Mighty Eighth Air Force is more than your average museum!
175 Bourne Avenue, Pooler, GA 31322 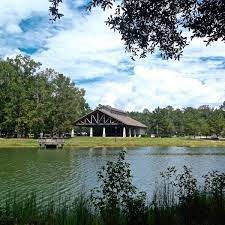 Located between Pooler and Savannah, Tom Triplett Park is a popular destination for anyone looking for outdoor recreation.
100 Tom Triplett Road, Pooler, GA 31322

Additional Things to Do in and around Pooler:
• Pinspiration
• Children’s Museum of Pooler

There are many great restaurant options living in Pooler. Here are a few of the best rated places Pooler residents love to dine:

A British pie company in the heart of the South! With a brick and mortor location, food truck and online marketplace, Pie Society is booming and is bringing authentic British pies and beverages to Pooler residents.

Check out what Pooler has to offer by looking at the map below.

Pooler is located in Chatham County. Pooler’s zip codes is 31322. The elevation of Pooler, GA is 20 feet. Pooler is in the Eastern Standard Time Zone. The area of Pooler is 27.9 square miles.

The median household income in Pooler is $79,426 per year. Great news – salaries in Pooler increased by 1.7 % from 2018 to 2019. The most popular jobs in Pooler are management occupations, sales and related occupations and office and administrative support occupations. The biggest industries that employ Pooler residents are manufacturing, retail trade and transportation and warehousing. About 4.73% of Pooler residents live below the poverty line, which is less than the national average. The demographic most affected by poverty in Pooler is women between the ages of 25 and 34.
The average commute time in Pooler is about 21 minutes, which is shorter than the national average. About 88% of Pooler residents choose to drive alone to work rather than carpool, and nearly all Pooler households own two cars.

Looking for employment in the Pooler area? Click here to check out what is currently listed in Pooler on Indeed.com.

Pooler is served by the Savannah-Chatham County School District. The top-rated schools in Pooler are Pooler Elementary School, West Chatham Elementary School and West Chatham High School. If parents prefer to send their children to private or parochial school, there are 10 in the Pooler area to choose from. Students will also have access to the Pooler Library, as part of the Live Oak Public Library system.